CHARLOTTE — Father Richard Sutter has been appointed to fill the pastor role at St. Gabriel Church in Charlotte after Father Frank O’Rourke recently announced his retirement.
Father Sutter has served as served as parochial administrator at St. John the Evangelist in Waynesville and Immaculate Conception Mission in Canton since 2018.

Father Sutter is a 1991 graduate of Belmont Abbey College. He served in the U.S. Army before entering the seminary and was ordained to the priesthood in 2009.

He moved to the Archdiocese of Atlanta in 2011, where for three years he served as chaplain at Pinecrest Academy High School and five years as the Catholic chaplain for the Atlanta Braves.

Father Sutter’s cousin is a priest with the Savannah diocese, so in 2014 he asked to discern some time there where he served from 2014 to 2016 as chaplain of Aquinas High School in Augusta, Ga.

In 2016, Father Sutter spent several months of discernment at Belmont Abbey, during which time he said he sensed a call to serve in the Charlotte diocese.
He was in residence at St. Patrick Cathedral prior to serving the Waynesville parish. Father Sutter will be one of the Teen Track speakers at the upcoming Eucharistic Congress on Sept. 7.

Father O’Rourke was ordained by the late Bishop Michael J. Begley, the first bishop of the Diocese of Charlotte, at St. Ann Church for the Feast of Christ the King Sunday, Nov. 23, 1975. Father O’Rourke is one of the first 10 priests ordained to serve the Charlotte diocese since it was established Jan. 12, 1972.

He has served at St. Ann, St. Patrick and St. Gabriel churches in Charlotte, St. Benedict the Moor Winston-Salem, St. John Neumann, Holy Family in Clemmons and Our Lady of Grace in Greensboro. 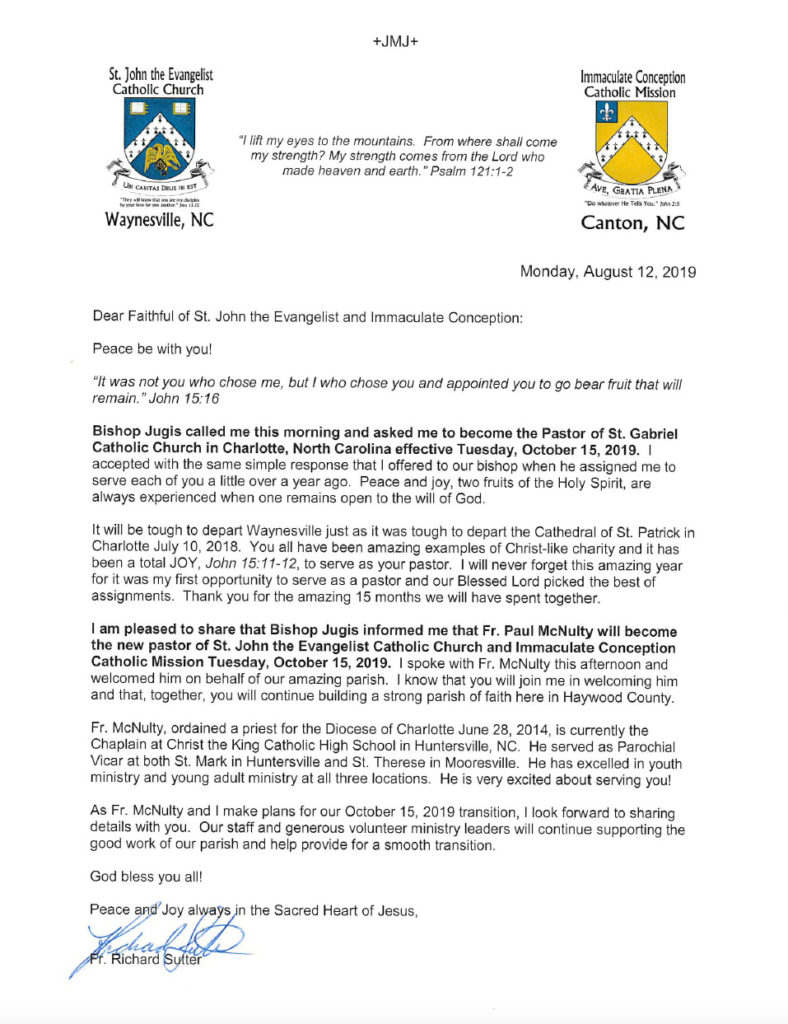 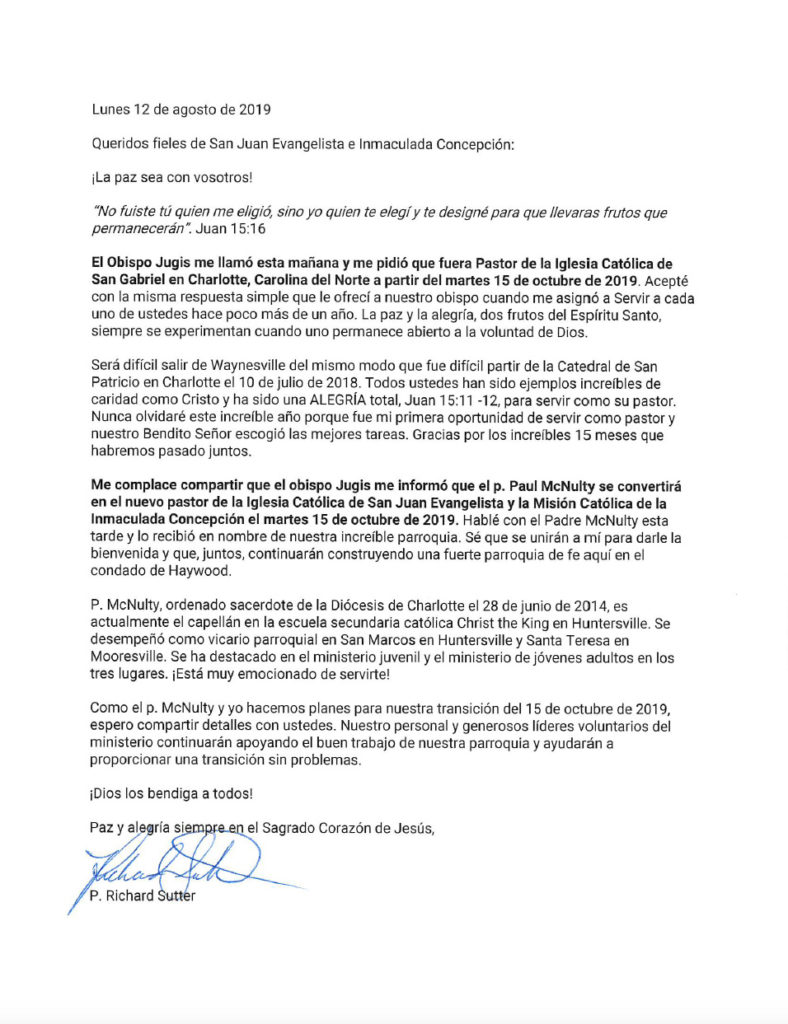