The Calling of Saint Matthew is a masterpiece by Michelangelo Merisi da Caravaggio, depicting the moment at which Jesus Christ inspires Matthew to follow him. It was completed in 1599–1600 for the Contarelli Chapel in the church of the French congregation, San Luigi dei Francesi in Rome, where it remains today.

Here is a reflection from St. Bede The Venerable, Priest from the second reading in the Office of Readings today… Enjoy!

“And he rose and followed him. There is no reason for surprise that the tax collector abandoned earthly wealth as soon as the Lord commanded him. Nor should one be amazed that neglecting his wealth, he joined a band of men whose leader had, on Matthew’s assessment, no riches at all. Our Lord summoned Matthew by speaking to him in words. By an invisible, interior impulse flooding his mind with the light of grace, he instructed him to walk in his footsteps. In this way Matthew could understand that Christ, who was summoning him away from earthly possessions, had incorruptible treasures of heaven in his gift.

As he sat at table in the house, behold many tax collectors and sinners came and sat down with Jesus and his disciples. This conversion of one tax collector gave many men, those from his own profession and other sinners, an example of repentance and pardon. Notice also the happy and true anticipation of his future status as apostle and teacher of the nations. No sooner was he converted than Matthew drew after him a whole crowd of sinners along the same road to salvation. He took up his appointed duties while still taking his first steps in the faith, and from that hour he fulfilled his obligation and thus grew in merit.

To see a deeper understanding of the great celebration Matthew held at his house, we must realize that he not only gave a banquet for the Lord at his earthly residence, but far more pleasing was the banquet set in his own heart which he provided through faith and love. Our Savior attests to this: Behold I stand at the door and knock; if anyone hears my voice and opens the door, I will come in to him and eat with him, and he with me.

On hearing Christ’s voice, we open the door to receive him, as it were, when we freely assent to his promptings and when we give ourselves over to doing what must be done. Christ, since he dwells in the hearts of his chosen ones through the grace of his love, enters so that he might eat with us and we with him. He ever refreshes us by the light of his presence insofar as we progress in our devotion to and longing for the things of heaven. He himself is delighted by such a pleasing banquet.” 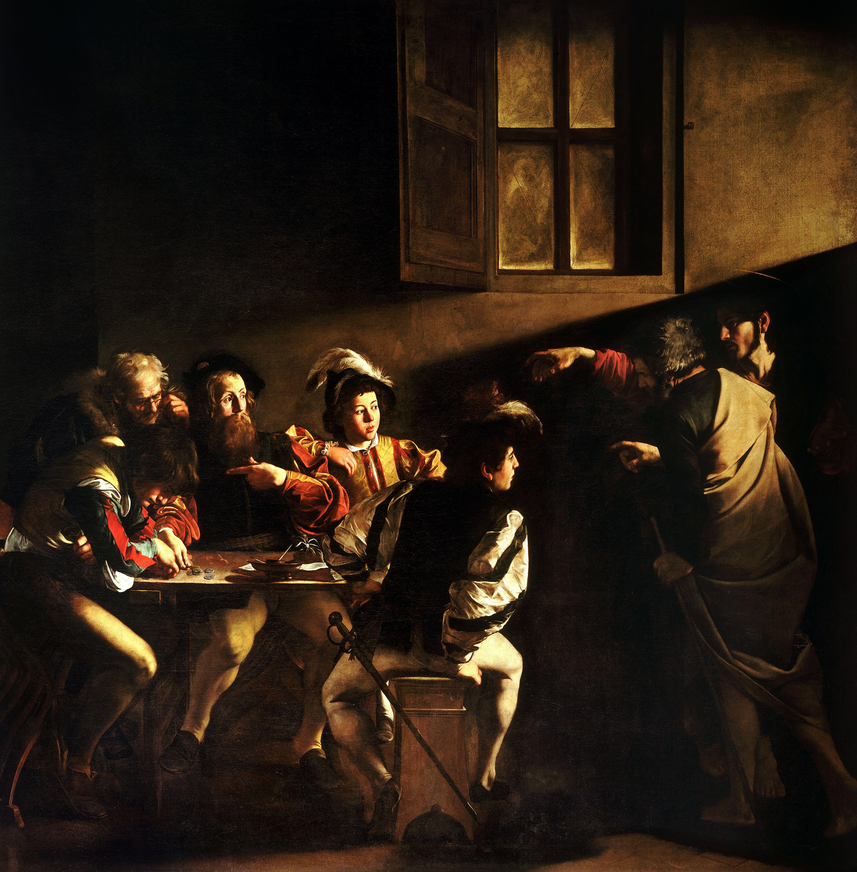