The Divine Doctor Comes to HEAL from within!

The Divine Doctor Comes to HEAL from within!

“There are men who want to live a good life and have already decided to do so, but are not capable of bearing sufferings even though they are ready to do good. Now it is a part of the Christian’s strength not only to do good works but also to endure evil. Weak men are those who appear to be zealous in doing good works but are unwilling or unable to endure the sufferings that threaten. Lovers of the world, however, who are kept from good works by some evil desire, lie sick and listless, and it is this sickness that deprives them of any strength to accomplish good works.

The paralytic was like that. When his bearers could not bring him in to the Lord, they opened the roof and lowered him down to the feet of Christ. Perhaps you wish to do this in spirit: to open the roof and to lower a paralytic soul down to the Lord. All its limbs are lifeless, it is empty of every good work, burdened with its sins, and weak from the illness brought on by its evil desires. Since all its limbs are helpless, and the paralysis is interior, you cannot come to the physician. But perhaps the physician is himself concealed within; for the true understanding of Scripture is hidden. Reveal therefore what is hidden, and thus you will open the roof and lower the paralytic to the feet of Christ.

As for those who fail to do this and those who are negligent, you have heard what was said to them: You have failed to heal the sick; you have failed to bind up what was broken. Of this we have already spoken. Man was broken by terrible temptations. But there is at hand a consolation that will bind what was broken: God is faithful. He does not allow you to be tempted beyond your strength, but with the temptation he will also provide the way of escape, that you may be able to endure it.” 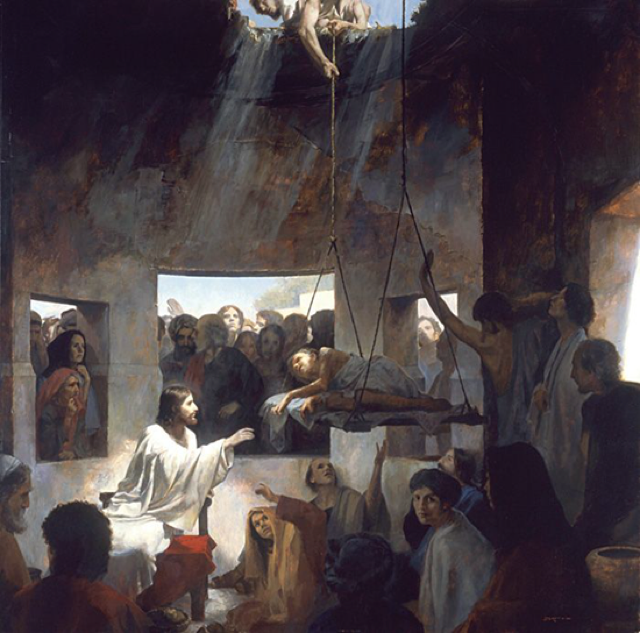